Houston before the invention of air conditioning? Sounds like a place where a cold (or even cool) beer is a necessity. The book “Houston Beer: A Heady History of Brewing in the Bayou City” points out that by 1838, there was a count of 47 saloons … two years before the first church was built.

Plenty to discuss, right? Let’s get the minor leagues out of the way first:

That said, there are really two stories to come out of this region. The first is Galveston-Houston Breweries, which was created when Galveston Brewing Co. (1895-1918, also partly funded by Adolphus Busch) merged with Houston Ice & Brewing (1893-1918) after Prohibition.

Southern Select has a pretty interesting story. In 1912, Houston Ice & Brewing hired the Belgian-born Frantz Hector Brogniez as brewmaster, Brogniez brewed his first batch of Southern Select and shipped it off to compete in the World's Fair in Ghent, Belgium, in 1913. The judges apparently didn’t know Texas was a heathen backwater, because the Texas beer won the Diplome de Grand Prix ... Southern Select was No. 1 of a world’s worth of beer (beating more than 4,000 competitors).

Houston may have been somewhere still between mud and money, but Brogniez was as worldly as they made ‘em. He was a student of biology and a composer of classical music – which he once performed for Kaiser Wilhelm. He stood toe-to-toe with Louis Pasteur and Henry Ford. He helped establish the Houston Symphony. His family had been making beer since 1752 and … just for good measure … he was fluent in multiple languages. En route to Texas, he started the Tivoli brewery in Detroit.

The Galveston brewery was then purchased by Falstaff and operated until 1981.

The other major story here? Gulf Brewing Co., which was established post-Prohibition by some fellow you might have heard of: Howard Hughes.

Gulf Brewing (built on one end of the Hughes Tool Co. lot) produced such beers as Charro, Buccaneer and Kol … but the real star was Grand Prize, which would become the state’s best-selling beer.

Hughes didn’t mess around. In 1932, Houston Ice & Brewing had rehired Frantz Brogniez (who had spent Prohibition in El Paso, where he brewed beer in Juarez). Hughes had no intention of trying to compete with the celebrated brewmaster in his own hometown – so he just hired him away.

Brogniez died in 1935, but not before he created Grand Prize and the ultra-modern Gulf Brewing Co. facility. The eldest son, Frantz P. Brogniez — with a chemical engineering degree from Rice — took over as brewmaster and quickly made Grand Prize the best-selling beer in Texas.

By 1949 was established as the newest brewmaster and he introduced a product called Pale Dry Grand Prize. Even with the San Antonio breweries on the rise, Gulf Brewing was putting out a quarter-million barrels a year in the early 1950s, selling across Texas and the neighboring states.

By the late 1950s, though, the shrinking beer industry began to take its toll. The brewery hung on until 1963, when Hughes cut his losses and sold to the Theo. Hamm Brewery.

Hamm’s was only brewed in Texas from 1963-1967, not long enough to make it a naturalized Texas beer.

You had no idea: Gulf Brewing didn’t just steal Houston Ice & Brewing’s brewmaster. Grand Prize beer was named after the Grand Prix award earned by Southern Select in 1913. And why not? Frantz Brogniez used the same recipe for both beers.

Up next: Beware the Giant Armadillo 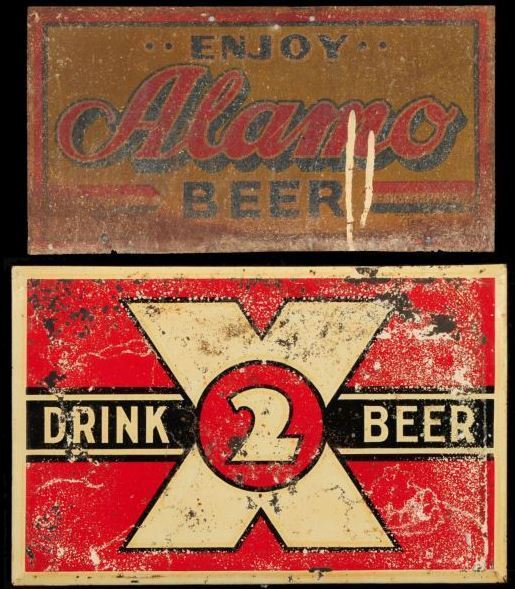 Alamo and 2x Beer from way back in the day. 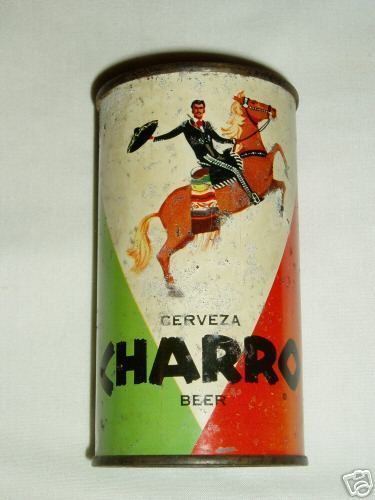 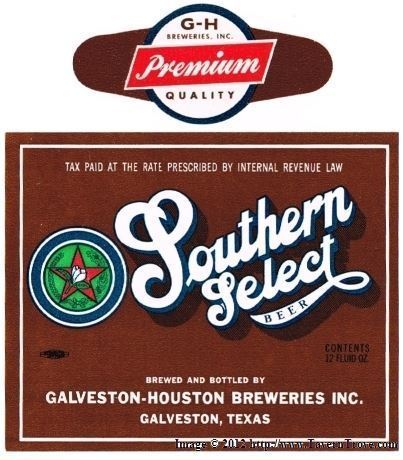 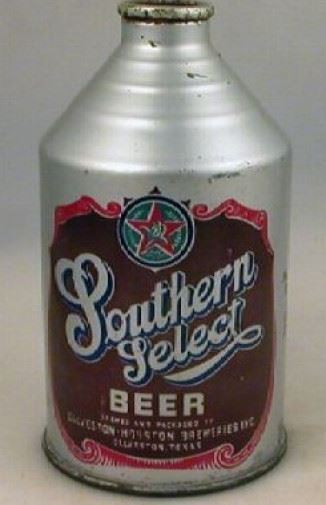 An old-school Southern Select can. 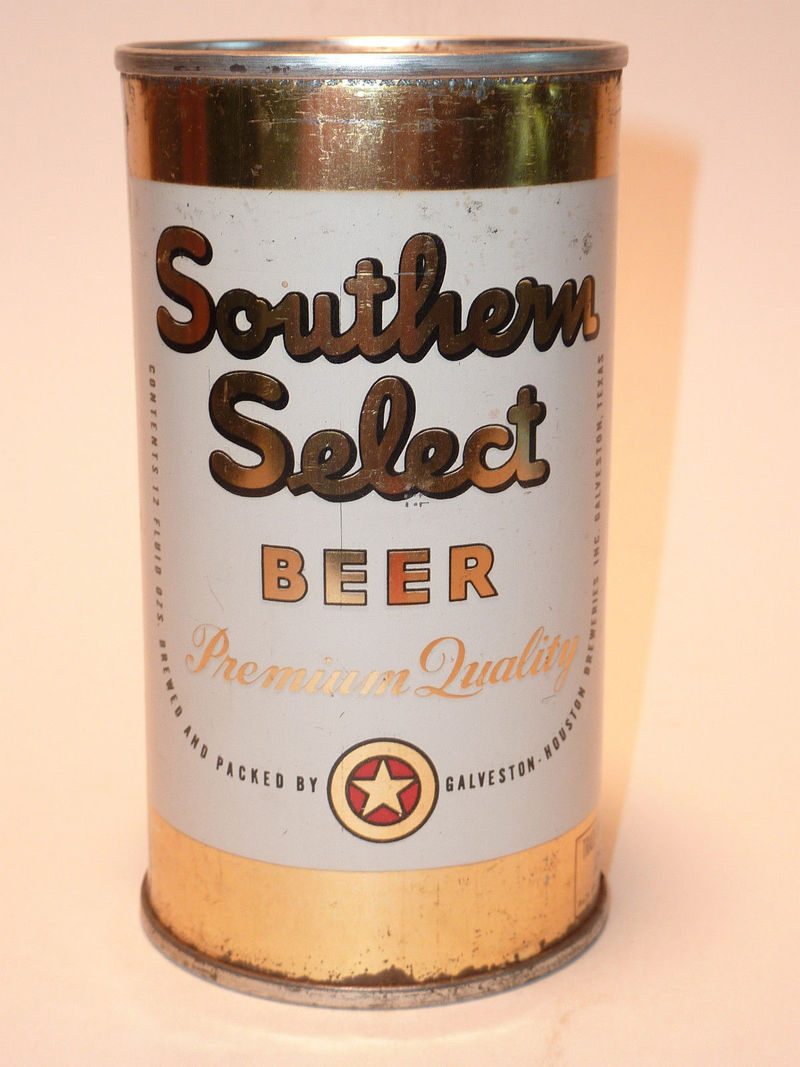 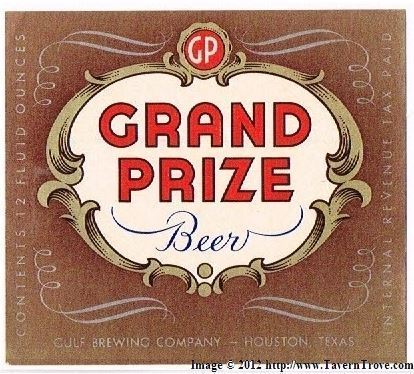 A Grand Prize label from 1943. Taverntrove.com 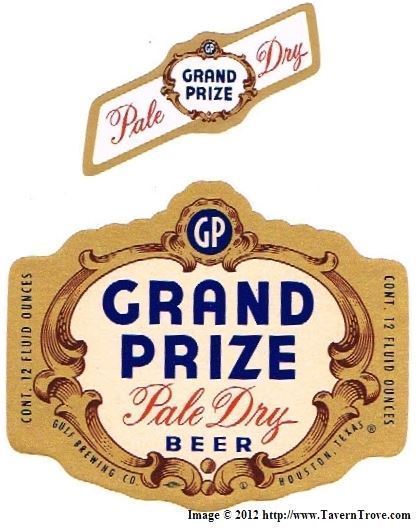 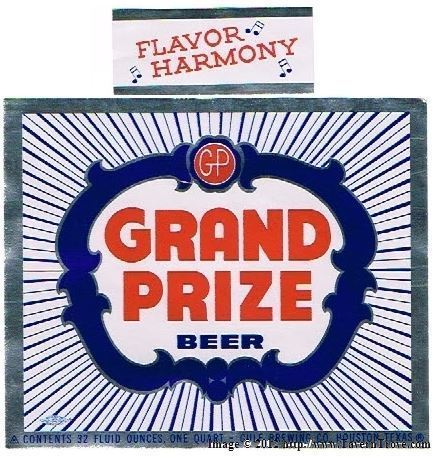 And a Grand Prize label from 1952. Taverntrove.com 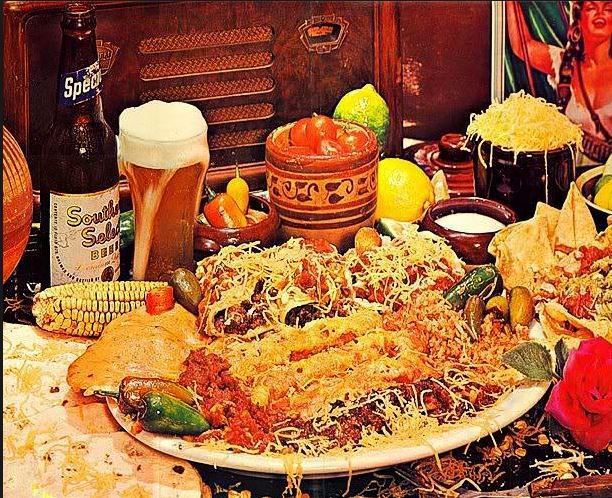 If you look closely, ZZ Top was enjoying a Southern Select with their tasty Mexican food. Or, at least they liked how the bottle looked.

Dave doesn't want to write about politics. But sometimes he has to.